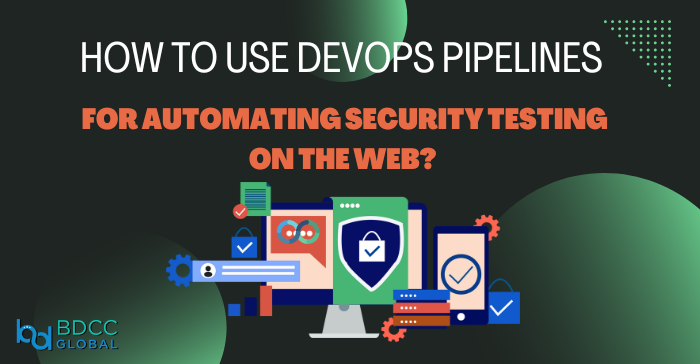 Do you plan to automate the Web App Security Testing process with CI/CD DevOps pipelines? Most of today’s organizations utilize DevOps for software development and infrastructure deployment processes. Still, many are missing out on enhancing Web Apps Security with DevOps!

“DevOps is the perfect solution to protect web apps from cyber-attacks with automation security testing.”

Web Security is crucial for every organization to ensure the safety of its web applications and websites. Hence, cybersecurity experts perform a comprehensive testing called “Security Testing” to strengthen the organization’s security posture with its internet-facing assets.

A Quick Intro To DevSecOps

DevOps CI/CD pipelines have the potential to automate many repetitive security testing tasks and test cases. Security Testing automation for the web can be categorized as follows:

When To Run The Web Security Tests?

It is part of the app security scanning process, leveraging DevOps automated tools. It is a continuous testing method running in the back end as DevOps CI/CD pipelines integrate new code logic in the source code.

How Web Security Tests Become Part Of the CD Process?

DevOps CI/CD creates branches under the same source code to facilitate Continuous Delivery with newer code integration and Continuous Testing. As everything happens under the same pipeline workflow, running, managing, and modifying the automated security tests is easy.

Security tests run parallelly with Continuous Integration to supervise the web app security. If the severity tests fail at any point, the development teams work on fixing the detected bugs and code errors. It stops the Continous Delivery workflow until the detected vulnerability gets removed.