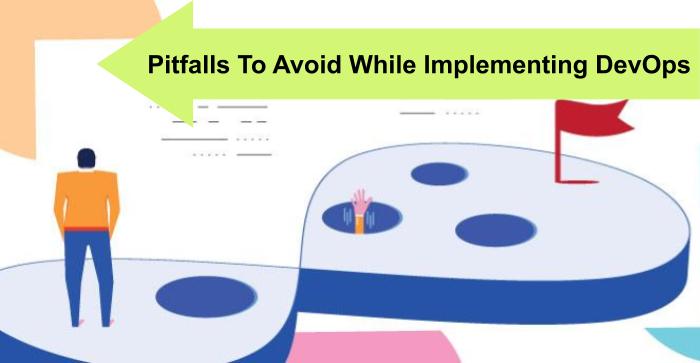 DevOps, an IT practice rooted in philosophy and culture, helps in merging the tasks done by the systems operation and application development teams of companies. It takes a lot of effort and time to reap the benefits that come with DevOps. Businesses can quickly adapt to the changes cropping up since automation is enabled by DevOps due to the combination of the development and operations teams.

Implementing DevOps correctly on a large-scale basis is not an easy task. There are high chances of DevOps being run in an inefficient manner, due to the organization’s notion of defining failure as the outcome of not meeting the goals that are already set. But the crux of the moment is that companies must take steps in reversing this very notion of keeping success or failure as the sole criteria for judging the functioning of DevOps in the organization.

When DevOps is used, the development and operation teams collaborate with each other in the process of releasing smaller and frequent updates. By doing this, chances of errors get reduced, IT quality gets improved and the efficiency of the teams increase. Moreover, DevOps implementation is useful in bridging communication gaps and tearing down silos that normally exist between all IT teams, software engineers and other units of various companies.

Non-involvement of Audit and compliance teams

DevOps is a process that involves regular coordination between all relevant stakeholders of the organization. It is an ongoing process where software development and automation need to go hand-in-hand. But this same coordination might result in stakeholders like auditors not being able to identify risks, understand the processes and also evaluate controls. This is usually due to the non-involvement of the compliance and audit teams in the DevOps process.

One of the key principles, that is absolutely necessary for DevOps is continuous integration (CI) and continuous testing. Continuous integration strategy comes with its own set of risks and chaos engineering is an example of one such risk. Chaos engineering is used for the purpose of continuously testing the resilience of various kinds of applications. Its implementation literally brings in chaos at times and the organization needs to be prepared to face it, in the sense that a work culture that embraces collaboration and risk-taking needs to exist beforehand for its successful operation.

For a DevOps strategy to become successful, it is highly crucial for companies to establish a very strong leadership that would foresee the entire process, on a frequent basis, rather than just assigning the DevOps tools. For preventing the shooting up of the DevOps budget, it is important to have a constant view of the ultimate objective of the DevOps project. Moreover, it is important for companies to develop a work culture of experimentation and encourage employees to see failures as ways where new opportunities are created.

Companies should not heavily depend on the fact that DevOps would come across as the ultimate savior in solving IT inefficiencies and bottleneck issues. Just because DevOps is brought into the picture doesn’t mean it brings about an end of the operations team. CIOs (Chief Information Officers) need to adopt a step-by-step approach so that they do not face any unforeseen repercussions due to the sudden emergence of DevOps in the organization.

DevOps results in a major cultural shift for the developers and other important stakeholders of the IT team in the organization. Shifting left means that security should be the topmost priority starting from the initial stages of the software development life cycle. Therefore, shorter release cycles need to exist that would result in easily consumable security for the developers. By having a more agile working and rapid development environment, proper balancing of various priorities would result in outcomes that are mutually beneficial.

If organizations are still not clear of implementing DevOps on their own, the best way forward is to make use of the services being offered by DevOps Consulting companies. A highly reputed DevOps consulting company will have all the necessary tools and technologies as well as expertise for properly strategizing, executing and monitoring the functioning of DevOps in any organization.