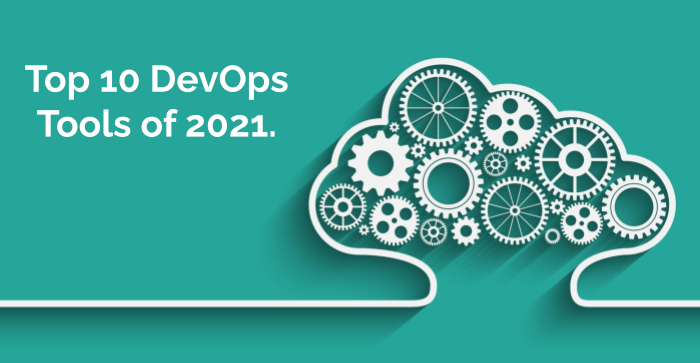 DevOps is a process of collaboration and assimilation of workflow for a higher degree of effectiveness amidst teams. It is known to be the most effective way of managing teams across departments, especially adopted by the IT and Telecommunications industries. However, now DevOps is spreading its wings to encompass other sectors as well. According to a report by Industry Arc, the DevOps market is estimated to grow at a CAGR of 25.2% between 2020-2025. Learning from the success of high-performance IT firms, sectors like Banking and Insurance and Healthcare and Hospitality have integrated the same processes for enhanced performance as well.

This has brought impressive results in the ways these sectors function now. They can fix things in real-time, deploy more, communicate easily, perform efficiently and save half of the time they used to spend on tackling security problems. All this has been the gift of DevOps.

How is DevOps Integrated?

Well, it is done through ‘effective tooling’ through which teams can deploy, innovate and deliver speedily. You can categorize the tools as Version Control Tools, Container Management Tools, Tools for Monitoring Application Performance, Tools for Monitoring Deployment and Server, Tools for Test Automation, CI/Deployment Tools, and more. So here you’ll get to know which are some of the Coolest DevOps Tools of 2021 which you can use to scale your business solutions. Here is a list of DevOps tools we curated for you, so let’s dive in:

The open-source project GitHub is a command-line tool under the version control category. It is used to collaborate on projects which involve code sharing in real-time which is one of its most powerful features as well. Its other features are as follows:

Jenkins is an automated and open-source server. It is free and the code is written in Java. It has plugins that help in the design and continuous integration. It supports the life cycle of developing software from the building to the testing and deployment processes. These are its advantages:

Docker is another open-source platform tool that comes under the head of Container Management Tools. It simplifies the management tasks by enabling users to develop, ship, run apps. It does so with operating system virtualization and the result is a smoothened development process that creates economies of scale. How do these features benefit you as a business owner and a Developer? Read on:

Chef is a container Management tool developed on Ruby DSL and Erlang. You can use it to streamline configuration and also manage a company’s server. It is a popular tool to maneuver through the process of continuous integration. Chef, in sync with Puppet and Ansible, is a very popular Infrastructure as Code (IAC) tool.

Bamboo is used for Continuous Integration and as an automated Deployment tool. It was built by Atlassian in 2007. It encompasses it all, from the coding process to the Deployment. The workflow gets simplified with Bamboo and the building, testing, and release chain gets automated. It has the following features:

This software configuration management tool was launched in 2005 and works with Linux, Unix, and Windows. It does not require much programming language knowledge because of its model-driven build type and follows the client-server architecture. It is available in two versions: the Puppet Enterprise version with GUI, API, and Command-Line tools and Puppet Open Source where a community of developers can automate management with open source configuration of management tools. The features are as follows-

Probably the tool choice for software automation by developers in an organization would be Ansible. It is used by Intel, Hootesuite, and the likes, even NASA has integrated it. This open-source automation tool is used by IT professionals for configuration management, deployment, intra-service orchestration, and provisioning. It has several features-

Another popular container Management DevOps tool is Kubernetes or K8s. Developed by Google, it is an open-source tool used for the automation of deployment and managing containerized apps. It manages Linux containers on private, public, and hybrid clouds. You can use it to run Docker containers as well. These are its features:

With Datadog you can monitor and analyze performance metrics and events for infrastructure and cloud services. This SaaS-based tool is used by IT and DevOps teams to monitor servers, databases, and tools for cloud-scale apps. It runs on hosts and lets you analyze the data collected. It has an open-source agent, the code for which is available on GitHub. You can use it to do these-

Also Read: How a DevOps approach to network performance can optimise application experience

Under the head of test automation tools, you will find Test.ai, Selenium, and Ranorex. Simply defined, Test.ai is an AI-powered tool for automation testing which helps in the faster release of apps. Some other examples are Testim, TestCraft, the AI bots in Test.ai help you do the following-

So there you have it, the Top 10 Coolest DevOps Tools of 2021. So which one would you like to work with? Comment down below and let us know your favorite tool.