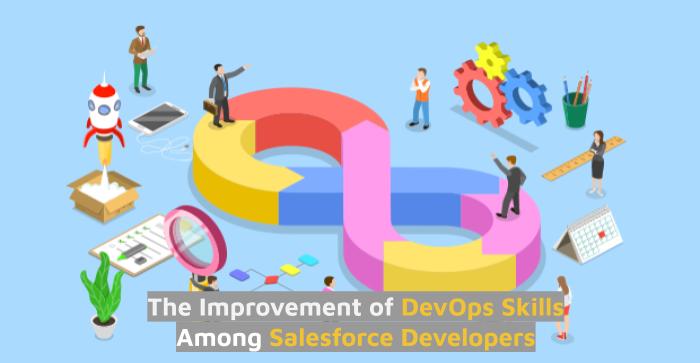 According to Gearset’s Future of Salesforce DevOps Summit survey, just under half (47%) of participants publish software numerous times per week, with another 29% publishing software weekly or biweekly.

The report revealed that the level of DevOps maturity among programmers building software on the Salesforce software-as-a-service (SaaS) platform is rapidly growing. Following the COVID-19 outbreak, many businesses turned to SaaS platforms rather than designing whole applications from the ground up to boost their new digital transformation initiatives.

The ability to release new products was not the most important advantage cited by survey participants, but rather advancements in application efficiency (77%), accompanied by increased competitiveness (69%) and improved collaboration (46%). Reduced complexity due to automation, increased agility, more timely launches, and time and cost savings were also listed as advantages.

The main barriers to DevOps implementation, according to survey participants, are the ramp-up period, difficulties implementing source control, and a potentially steep learning curve. When it comes to embracing DevOps, best practices still carry a heavy intimidation factor for many companies that have embraced Salesforce.

Overall, the most commonly deployed DevOps features are source code management, CI/CD, unit testing, change tracking, and metadata and data backups, according to the report. CI/CD, static code analysis, and Sandbox seeding with data are among the technologies that could see the maximum adoption rate among survey participants over the next couple of years.

A DevOps framework designed for developing and deploying applications that may need to span several platforms can be used to construct and deploy applications. At the application programming interface (API) stage, such applications will be incorporated with the Salesforce platform.

Salesforce systems are clearly becoming more commonly used in enterprise IT environments, regardless of how custom applications are designed and deployed. Each DevOps team will have to figure out how to better incorporate certain platforms into their overall DevOps strategy.

What do you think is the future of DevOps and Salesforce collaboration? Let us know in the comments below!