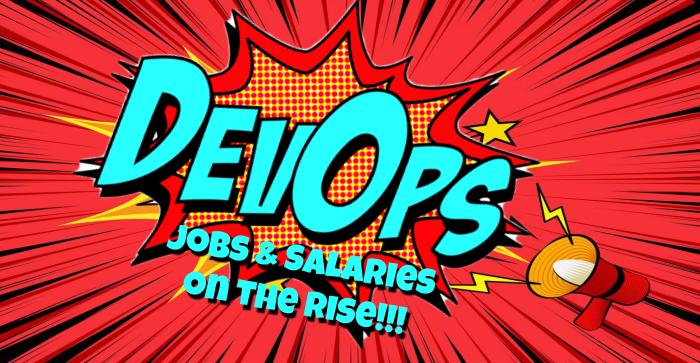 Demand for DevOps skills has risen by more than two thirds across the past two years. If you have the required DevOps talent you can shine and earn well anywhere. These recent studies explain the increasing demand of DevOps Developers and the fat packages, companies offering for the right skills.

According to the latest report issued by O’Reilly Media, “the global median pay for DevOps professionals is currently at $90,000 a year.”
The study was conducted on more than 1,300 IT professionals and the results project that the headline figure is low from $100,000 the year before. Yet there is nothing to be concerned about, the lowering of the average is down to a larger number of respondents as well as a greater geographic dispersion to traditionally lower-income areas.

However, there is a sector which needs to be improved, that is gender imbalance. During the whole study, only 6% of participants identified themselves as female, and their salaries were also lower by $6,000, compared to an average male participant.
Salaries can be defined based on how much time is spent managing rather than coding. The fun fact is those who code more earn less. According to research participants, those individuals who code only between 1-3 hours per week earn on average $94,000, while others who spent at least 19-20 hours a week at the desk bring home on average $82,000.
This salary gap can be explained as “greater responsibility demands more time away from the desk”. The report says while organizations with a lot of developers would also have entry-level coders and interns whose salaries would be lower the median value.
It is no surprise to know how experience holds an advantage. Those with less than five years of industry experience can expect to make $58,000, while those with more than 20 years make $123,000 on average. It’s worth pointing out here that it’s technically impossible to have 20 years of experience in DevOps, as the term only came into spotlight around a decade ago. Yet experience with ancestor technologies such as agile software development can win some points here.
According to Ian Florey, Engineering manager of Akamai solutions- “Ensuring that businesses have the right talent is key to the success of DevOps, and when hiring and retaining these talent organizations need to ensure they have the best tools available.”

Check out our list of the Best DevOps Consulting Firms to find the most suitable DevOps consultant for your business.

One thought on “With the Increase in Demand for DevOps Professionals, Do Salaries Escalate as well?”