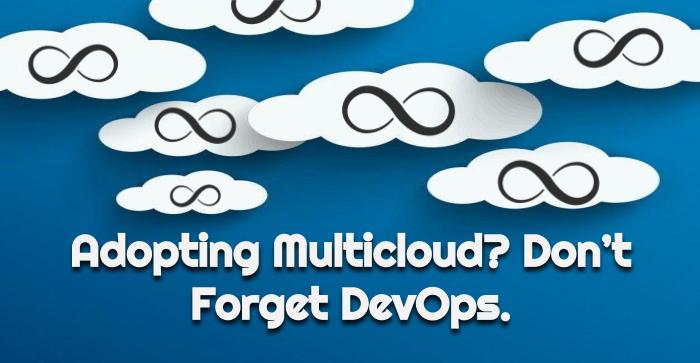 Don’t move to DevOps or the multicloud unless you plan on going with both.
IBM Institute for Business Value conducted a survey of 1,106 business and technology executives recently and the results are describing the growth of multi-cloud environments. In the survey, IBM found that 85 percent of organizations are already benefiting from multi-cloud environments. Furthermore, 98 percent of the respondents stated that they will be practicing multi-cloud within the next three years.
Despite that, the study concluded that only 39 percent of the participants have implemented DevOps practices and toolchains into their work culture. If we see this report by DevOps perspective, 51 percent of the members use multicloud to encourage a flexible infrastructure that supports the deployment of the agile application.
But 61 percent of the organizations who are going with multicloud are doing so without the advantages of DevOps. Therefore, they are developing a complicated cloud architecture that can provide for any database, any storage system, and any platform of choice in a moment. But they’re still developing application solutions in the same way they were doing it for the last 20 years.

That’s like buying a premium sports car and swapping its engine with a compact car. Yeah sure, it can run, but why would you do that?

Yes, we have compared DevOps with an engine here because the reality is that the DevOps is certainly like an engine and if you are not adopting DevOps with multicloud, you are not using its full capabilities. And if you’re working with DevOps without the cloud, your results will be similarly abbreviated. They work best together.

We would recommend moving to DevOps and the cloud, both. Discuss your expectations and development procedure with a DevOps consulting service provider prior to making any decision. Sure, it will be a bit expensive but it’s better than going for multicloud alone and then after some years turning the whole system upside down to embed DevOps.